1) Why did you decide to work in this industry?

I grew up on a stage. I studied ballet for 13 years and then turned to acting. I’ve also constantly written, short stories, plays, even journaling, my whole life. Film became the natural answer to my creative desire to combine the beauty of movement with the resonance of emotion on a larger scale. Past that, films have shaped my life and our culture from their inception. To be able to reach through a screen and into the hearts of viewers is a powerful thing. I wanted to be a part of that.

The day I stopped treating filmmaking as a hobby and began nurturing it as a career. I changed everything about the way I operated. The second I began taking myself seriously, others did too. I found an amazing team and created Twisted Valley Films with my friend and incredibly talented writer, producer and actor, Cece King. Together we chose to bring socially relevant, female driven content to the forefront. Having a specific purpose driving the company has really put into perspective what’s important and what’s not. I take bigger risks because I understand the value of what we’re doing and it’s paid off. 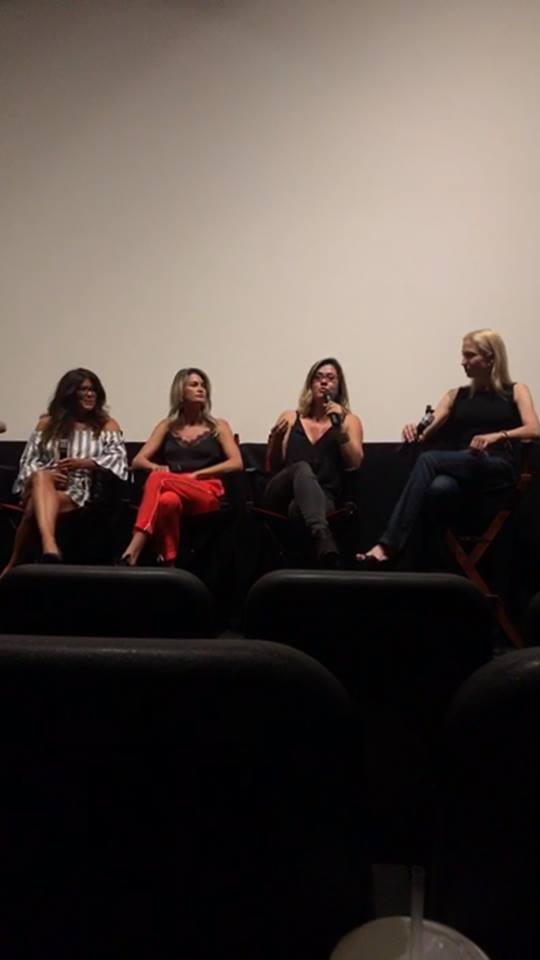 The lack of compassion. We are in a volatile state of being, there’s a sense of boiling over and with that comes panic, self-preservation, and neglect of those who are struggling. But with that has emerged a very strong voice, several in fact, of unity, peace, equality, and hope. There’s still much to be done. I do what I can with the films I’m making to give a voice to those that are suffering and shed light on some of the many societal issues that are not being given the attention they need.

Last year we released our first feature, The Broken Ones. Multicom Entertainment distributed it and it’s on Amazon Prime currently along with many other VOD/SVOD platforms. Just as Cece and I were bringing Twisted Valley Films into play, TBO was released and it was incredibly validating. We worked tirelessly on it for years and to be able to get it out there, accessible to everyone, was amazing and motivating.

There is always another way. If you went down one road and found it fruitless, turnaround and go a different direction. Get creative about your options and do your research. Build a team of trusted people that will communicate triumphs and failures with equal honesty. Prioritize your goals, tasks, and asks. In general, no one wants to jump on a train that’s not moving. So keep moving! Nothing, no part of making a film is easy, so be ready to work. At the same time, when you have an opportunity to rest – rest. Working on fumes is as easy to spot in a colleague as it is on screen.

6) What do you collect, if anything?

I collect films and TV shows. I re-watch everything. I learn something new about the production, the storyline, the editing, etc with each viewing. I will sometimes watch a movie twice in one sitting. And I watch award-winning content as much as I watch badly reviewed content. I learn from it all, what was done right, what worked, what didn’t work, how it didn’t work, etc.
7) Where can people find out more about you on social media? What is next for you in your career?

You can follow my IG @Elyse_esyle. My production company’s IG is @twistedvalleyfilms.com. We just released our short film HERabout a young writer plagued by her fear of rejection after meeting a mysterious woman at a dinner party. We also have two features in development. Dear Jackis about a mother’s journey to heal after the loss of her son to a heroin overdose. We recently attached the very talented Annette Haywood-Carter as the director. When the Sidewalk Endsis about a woman’s struggle to protect her brother after he suffers from a psychotic break. We’re also in talks with some other exciting content. You can find out more on http://www.twistedvalleyfilms.com. Stay tuned!