I have always enjoyed telling stories, and I began my career in journalism, writing stories about real people and real issues. After ten years as a reporter, I was looking for a new challenge and at that time TV documentary / factual series were starting to really boom in Canada, so I decided to give this genre a shot. I’ve never regretted that decision as I enjoy all aspects of making documentary TV series, from working with the cast and camera people in the field, to running the post-production department and collaborating with story editors and editors. In documentary series like Jade Fever we get to follow intriguing people, with really unique but tough jobs, and watch how they rise to each challenge, and deal with every success and failure along the way. It’s also taken me to remote places like Jade City, BC, nestled in the Cassiar Mountains near the Yukon Border, where bears, moose and caribou wander; and the Two Mile Jade Mine, a five hour trek from Jade City on a rugged and winding dirt trail that takes you high above the treeline into wilderness teaming with pristine lakes, rushing rivers and gorgeous vistas.

It would have to be my first job as a showrunner on a documentary series, History Television’s Yukon Gold. It’s always scary and invigorating at the same time when you do something you haven’t done before. This series followed four different remote mining camps in the Yukon, so I had to keep track of a lot of different characters and stories, and field crews spread out across the territory. As a ten-part one hour series, it also meant I was in charge of a huge team in post-production so a lot of balls to keep in the air at once. The series took me to Dawson City for the first time, a unique little gold rush town filled with so much history and the most interesting people I’ve ever met! It wasn’t easy but it was definitely a rewarding experience, and it led me down the path to where I am now, showrunning season six of Jade Fever.

As a freelancer I think it’s a common feeling to worry about where your next job will come from. Will there be more doc series greenlit in Vancouver in the next few years? Could work dry up? But I think that while the television landscape is changing, there will always be a need for storytellers, we just may have to adapt as the medium changes. 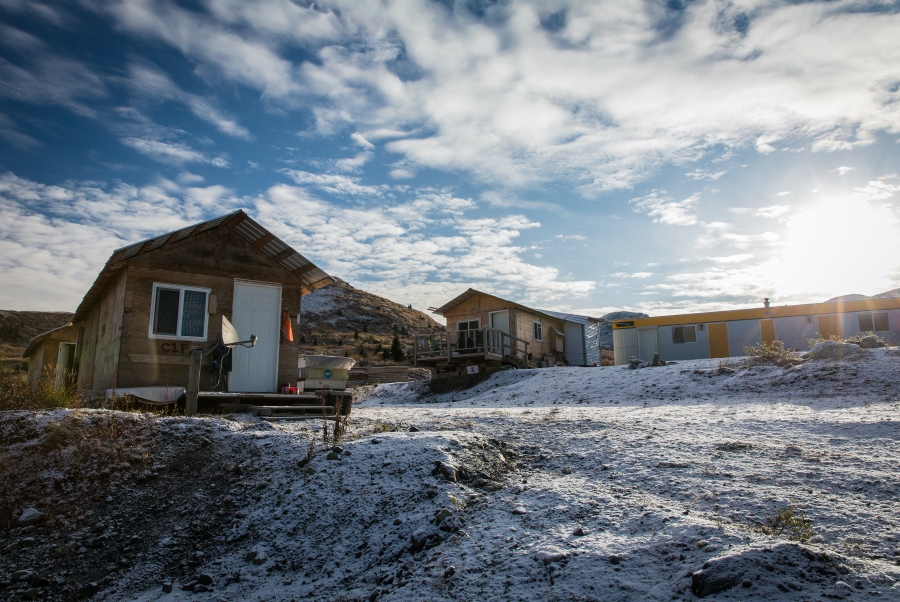 One of my most recent successes is when Discovery green-lit season six of Jade Fever, which is currently airing. A lot of doc series in Canada don’t make it to five seasons, never mind six, and I think it’s a tribute to our cast, Claudia and Robin Bunce and the Jade City mining crew, combined with the hard work of a talented team in the field and in post who together have made the series such a success. It’s rewarding to know that audiences have hung in there over the years and keep coming back wanting to find out what happens next.

Keep following your dreams. Sometimes you feel like giving up or it’s not worth fighting for what you want, but keep at it. If you work hard and keep your eye on the prize, you will have a rewarding career. Don’t let one mistake or failure stop you. Some good advice once given to me: people don’t necessarily know your goals and aspirations unless you tell them. Don’t assume that they know you want that promotion or are vying for that bigger job. You have to speak out and tell the higher ups what you want to do next, or what help you need to move to the next level. Sometimes we don’t speak out about our ambitions enough.

I do like to keep little mementos from shows I’ve worked on. For example, a certificate I got in Dawson City when I did the infamous “Sourtoe Cocktail” at the Downtown Hotel (a shot of whiskey with a mummified human toe as the garnish!) while shootingYukon Gold, and a piece of polished jade that Claudia Bunce’s father Steve gave me while we were shooting season five of Jade Fever.

You can find me on LinkedIn. As for what’s next – I’m currently directing and producing my first one-off documentary. It’s still in development but I’m making a demo to secure additional funding and potentially a broadcaster.  Season six of Jade Fever is currently airing on Discovery and we’ve all got our fingers crossed, hoping it gets renewed and we’ll be back shooting in beautiful Northern B.C. come June!